Social media has changed the world completely; now, you can connect to anyone, anywhere, and anytime. It has provided us a better and cheap way to communicate, but there are various disadvantages of social networking that can’t be ignored.

According to a new study, social media is associated with an increased risk for depression, anxiety, loneliness, and even suicidal thoughts and limiting it can make you feel less depressed and lonely.

Especially for teenagers, social media is working like poison from affecting their mental health and lowering their self-esteem; it is now ruling their lives. 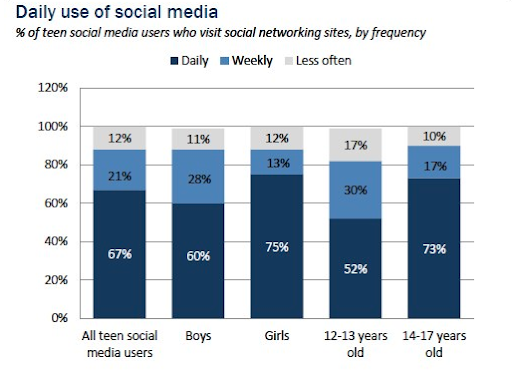 According to a survey, 90% of teens ages 13-17 have used social media.75% report having at least one active social media profile, and 51% report visiting a social media site daily.

A tenth-grade student, when asked about “How has social media influenced your relationships with friends and family?”

This student writes that the teen’s way of life has completely evolved from what it was twenty years ago. Now, there is a dramatic reduction in face-to-face communication, reducing our generation’s ability to interact with others on a speaking level.”

Here are some adverse effects of social media sites on teenagers or young people. 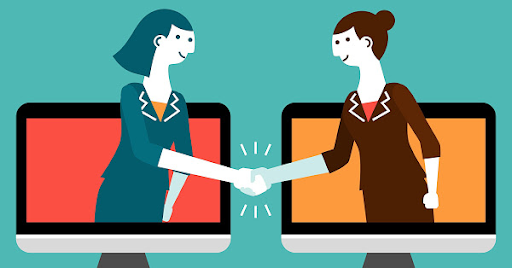 The problem with social media is that it lacks personal connection. We have made social media a primary mode of communication, be it birthday wishes or apologizing to someone; we use text messages rather than talking to that person on the phone or face to face.

A conversation using social media is poor because you cannot sense the other person’s feelings, and it makes you question whether they mean what they are saying. 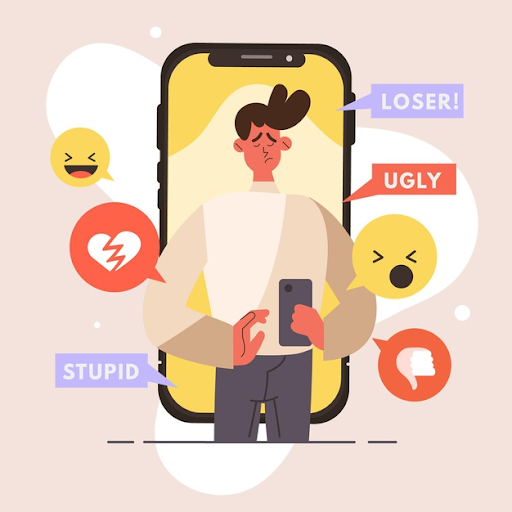 Teenagers who actively use social media are more prone to get bullied; according to a study,  Around 37% of American children aged 12–17 have reported being bullied over social media platforms. 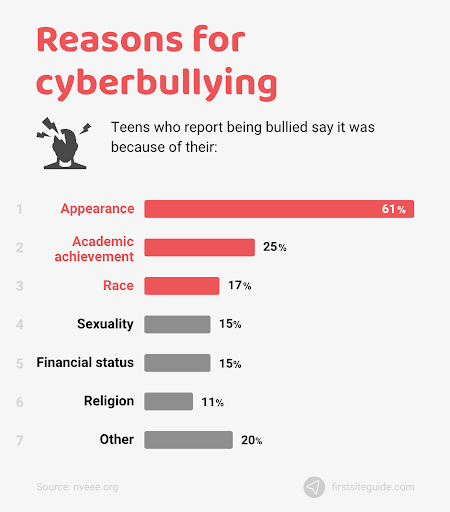 Cyberbullying has dangerous consequences on teens’ lives; research shows that teenagers who get bullied are likely to use drugs and alcohol, fail in exams, get health issues, and commit suicide. 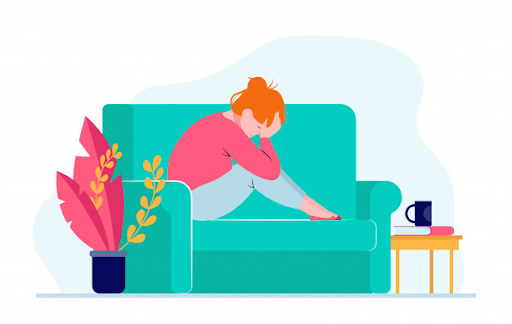 Studies suggest teens who spent more time on social media are more likely to get mental health issues than teens who spend more time playing sports or other outdoor activities. 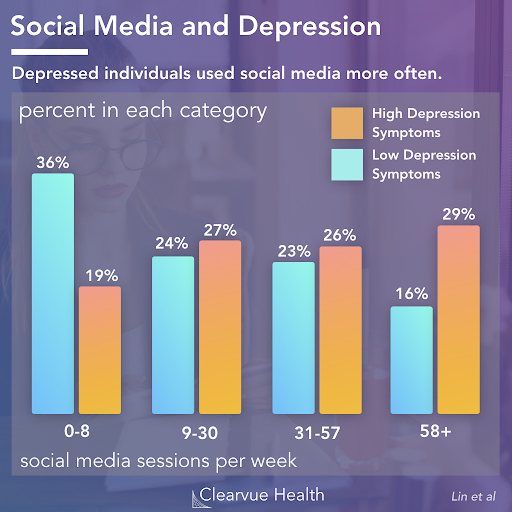 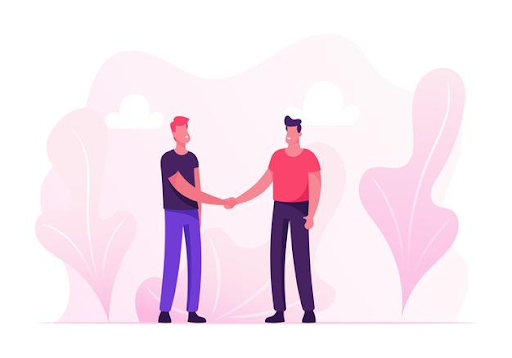 Communicating using social media has a negative impact on the communication and social skills of an individual. Whether speaking with friends or giving an interview, online communication has become a favored mode of communication.

Social media interaction affects teenagers’ speaking skills and makes them reluctant to speak face to face with their peers. It makes it difficult for teens to respond with something thoughtful while communicating face to face. 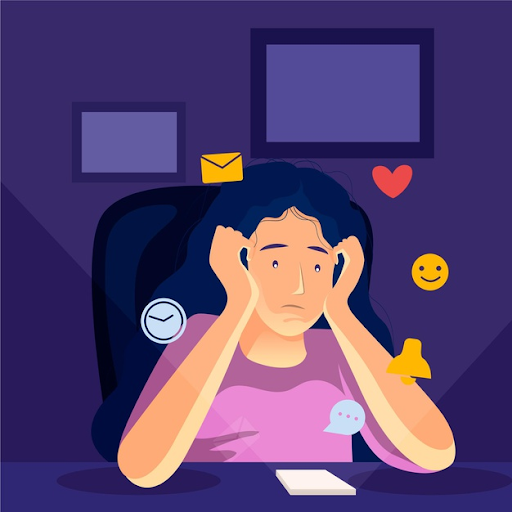 We can’t deny that social media platforms are designed to retain users as long as possible. Have you ever noticed whenever you stop using any social media app, you get these notifications on your phone, telling you to open an app?

Yes, we often get these kinds of notifications.

Social media affects a person’s quality of life by distracting them from everything. Teenagers have become obsessed with their social media profiles and followers. They are not focussing on other essential aspects of life like spending time with their families, studying, or doing physical activities. 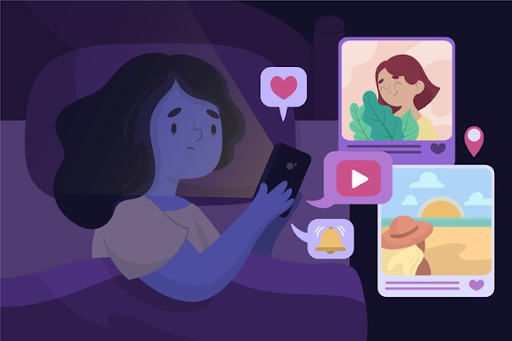 Teenagers are getting so obsessed with social media that they are not getting enough sleep. This Insufficient sleep is associated with a bad mood, low grades, overeating, and mental health issues like depression and anxiety. 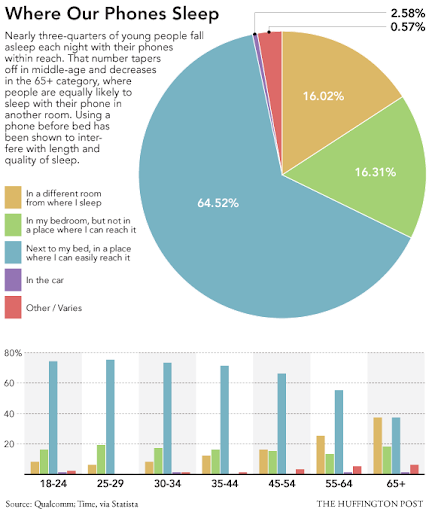 According to UK research, Teenagers who use social media for more than three hours a day are more likely to go to bed after 11 pm and wake during the night.

Using social media at late nights makes teens tired and has adverse effects on their physical or mental health. 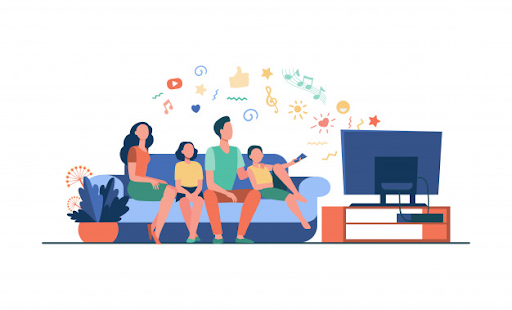 According to a survey conducted by the Kaiser Family Foundation, kids ages 8-18 years old spent over 7 hours a day or 50 hours in a week using social media.

As these children are spending enormous time surfing social media, they lose out on interpersonal relationship qualities.

What Should Parents Do?

You can take some steps to encourage your children to limit the use of social media. Here are some tips:

Remind them that there’s a lot of difference in how people pretend their lives on social media and how they are actually living.

It’s a proven fact that excessive social media use is associated with teenagers’ poor physical and mental health. Teens have become obsessed with social media at such a level that they do not focus on activities that are important in nourishing the family and friendships.

As a parent, you must save your teen from social media’s adverse impacts on their life. In this blog, I’ve discussed some tips that will reduce your teens’ screen time so that they can focus on other physical activities that are important for their physical and mental health.

You should remind your children that they should be savvy about social media platforms as social media is meant to ease our life not to ruin our life.

Q1. What is the disadvantage of Social Networking in students?

A1. Social media distracts students from doing their homework, and regular use of social media can make students hesitant to face-to-face communication.

According to studies,  students who are victims of cyberbullying are more likely to miss school and use alcohol or drugs. Apart from operating to communicate and make new friends, Some students use social media as a medium to hurt others by sending them an inappropriate message or harassing them.

Q2. What are the pros and cons of social media?

A3. According to Jacqueline Sperling, Ph.D., a psychologist at McLean Hospital, social media platforms are not only addictive but are also associated with increased risk of anxiety, depression, and even physical ailments.

Teenagers often get depressed just by seeing that another person’s picture has got more likes than theirs; it raises plenty of questions in their mind like “why is my post not getting likes”? or  “why has this person not liked my picture”?

This list of questions keeps on going and going and, in the end, makes that person feel sad and depressed.

Another factor that contributes to anxiety and depression in teens is FOMO-Fear of missing out. Teenagers often have concerns that they’ll miss out on social media memes, connections, or invitations, making them anxious and sad.

Twitter Latest Stickers Feature is All Set to Amaze You!